Follow the Adventures of Issy, Lola and Cass in

"Relatable and fast-paced... with a host of quirky characters and a retro feel, this contemporary series not only keeps its upper Middle Grade/Teen readers enthralled but is a series that totally 'gets' the interests and essence of today's teenagers..." 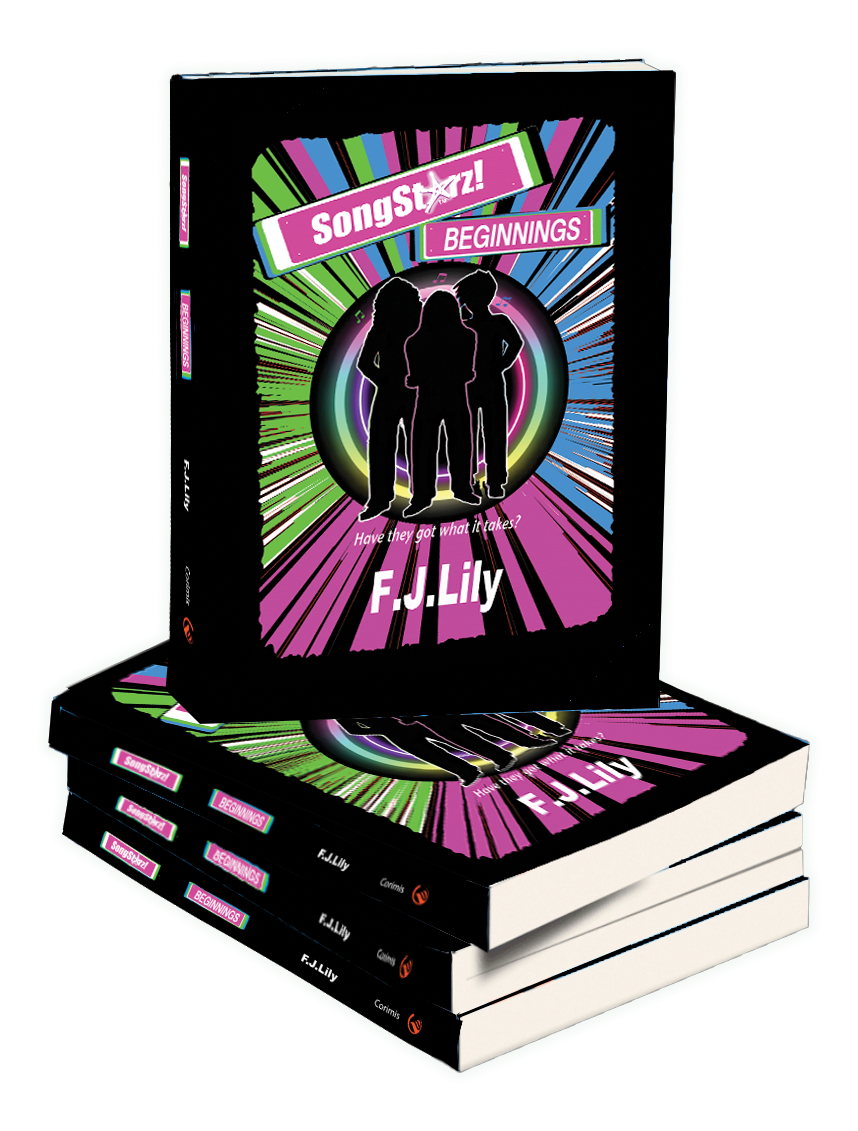 All Lola wants is to be a STAR!  All Issy wants is to be left alone, thank you very much.  All Cass wants is to play her drums, read 'Live Your Best Life', and for everyone to get along, if it isn't too much trouble.

This doesn't seem at all likely when Lola secretly decides to do something which, at best, can only be described as... unexpected, entering them into SongStarz, the television competition, and setting them on a path that feels, to Issy, rather like an out of control juggernaut with no brakes.

Issy is in no doubt that Magda Deveraux, their fierce and uncompromising Guardian, will turn them into SPAM! when she finds out.

There's friendship and music, mystery and spying, computers and hacking, general running around and of course an inside look at the weird and wonderful world of television and show business!

Even if they can break out of the high security Military Base they live on - where nothing is quite as it seems - will Issy be able to do what Lola wants?

With SongStarz Beginnings giving a hint of what's to come, SongStarz MYRIAD takes us further into the world of SongStarz and MYRIAD...

Here's a sneaky peek on YouTube or you can listen on Audible.

SongStarz is a series of 15 books, multiple companion books, songs, music and related media centering around a television competition of the same name. It was adapted for a musical for schools in 2016 and partners with Arts Award, bringing Arts to Schools. We are pleased to be launching 2 new and FREE! to schools musicals for performance 2023 ... take a sneaky peek below and keep on scrolling down to see the resources available.

Launched in 2016 following academic research into what secondary schools need to make their musical a successful experience for all involved.

In the SongStarz - Audition Show schools are provided with backing tracks and songwriting hints and tips for students to write and perform their own songs within the SongStarz story.

Of course, you'll still have access to the offline musical resources if you need them, and you'll find out how to enter SongStarz competitions yourselves!

In addition we're launching SongStarz TV itself in 2022 - stay tuned!

If you're a creative practitioner working with a school, or a teacher looking for a solution do deliver Arts Award, SongStarz may be the choice for you - just get in touch at [email protected] with 'Arts Award' in the title and we'll send you the info.